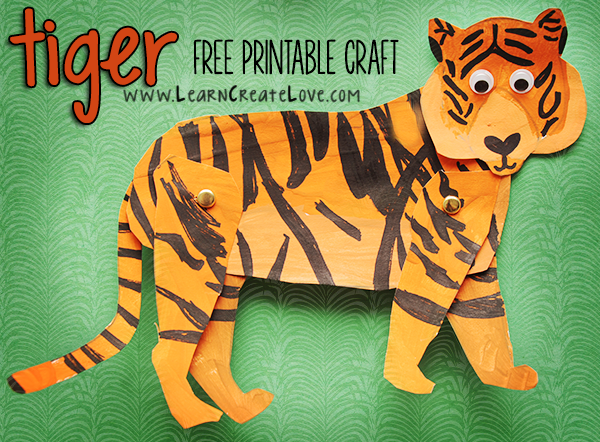 I said last week that we were finished with our Endangered Animals unit, but I was wrong. I decided to re-make a few crafts because the originals were cartoon-y and Lore had forgotten about everything we had learned. The tiger was one of those. We did the baby tiger cub & tightrope tiger ages ago and were due for a new, grown-up, more-realistic version. I think Lore did a GREAT job! She painted him orange and after it had dried, she went back and drew the stripes on with a sharpie. She asked me to do the face part and then she decided to use googly eyes instead of the ones I included on the printable.
Print below and enjoy!